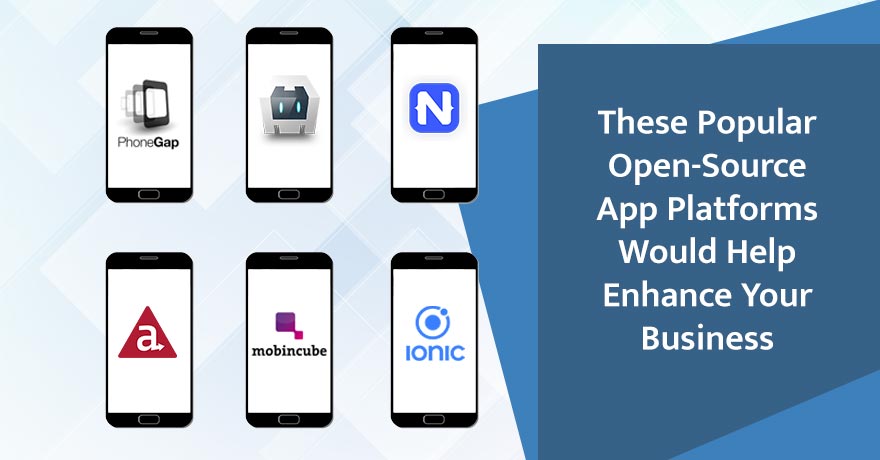 What do You Understand by Mobile App Development Platforms?

The Mobile application development platform, or commonly referred to as the mobile enterprise application platform, belongs to products and services that help in building mobile applications. With several networks and user groups, the development of applications is becoming difficult. But when you use mobile app platforms, it becomes easier for any app to deploy on any device.
These mobile app development platforms could manage different devices when deployed. The mobile app platform includes mobile middleware server and mobile client application. Then they manage cross-platform support, system integration, and scalability. The app world consists of several apps. A few of them are Native, Hybrid, and Web Apps. Let us discuss these in brief.

Native apps are a mobile platform where particular programming languages and technologies are used. These kinds of apps could be accessed through icons and are present on the device’s home screen. Native apps are speedy, could work offline, and offer great performance.
However, downloading a native app is a lengthy process and is costlier than other apps. It is secure and has fewer bugs during development; therefore, native apps are considered the future of mobile applications.

Web apps resemble websites because of interactivity and functionality. Most of the web apps are developed using HTML5, CSS, and Javascript. These applications are saved on the server and are delivered over the internet via a browser interface.
Web apps could be used by anyone, including an organization and an individual. They could be customized easily and are easy to install and maintain. However, these web apps are not compatible with all browsers. They are inaccessible through the app store.

Hybrid apps are a combination of web and native apps. They have access to API; therefore, the app uses GPS, camera, and more. Hybrid apps are built on specific platforms and have improved UX/UI.
However, it has slower performance, and developers should have in-depth knowledge to understand hybrid apps.

Factors to Consider When Choosing a Mobile Application Development Platform

Developers have several options to choose from when they have to build a mobile application. But sometimes, these options create confusion for those who want to develop a simple app.
Here are some of the factors that you should consider while developing a mobile application.

1. It Should Support Several Devices

The foremost step in choosing the right solution for any application is to find the types of devices different platform supports. Make sure that the list of tools that allows you to build native apps and cross-platform applications is created.

2. It Should Be Secure

A mobile-app development interface should be highly intuitive. Also, it should meet the developer’s expectations and have the ability to collaborate with the team. It should also integrate with the ERP, which is the key requirement of any mobile application.

While developing any mobile application, make sure that you look at all the options available. Ensure that you plan for the future requirements and any modifications to be made. Some platforms provide IDEs which could be installed; others offer web-based plugins that could be connected to third-party IDEs.

The developers should consider the total cost associated with development tools while deploying any mobile application. However, you could find several cloud-based services that could carry most of the workload. Thus, it could reduce the cost that would be included in mobile applications.

Now you can create any app using mobile app development software. What’s best is you don’t need any deep knowledge of coding or investments to build mobile apps. Several open-source mobile platforms could help you in building apps with the right framework.
Let us look at popular open-source app platforms that you could choose while developing an app.

PhoneGap is the most popular open-source mobile app development platform that is used by the developers. It is the developers’ preferred choice because they don’t have to know the programming languages.
They could start building applications by using HTML, CSS, and Javascript. It could operate on multiple platforms, including iPhone, Android, and Windows. This robust platform allows the developers to work without restrictions and allows them to develop an app that could work across several platforms.
It is a cost-effective platform that provides better access to native APIs and also allows a single-code base for multiple platforms; the UI libraries in PhoneGap help in enhancing the User Interface.

It is a renowned development framework that is written in C++, Javascript, and C# and could run on OS X, iOS, Phone 8.1, Windows, and other platforms. It also allows you to write a single code using Javascript and HTML and offers multiple tools to create mobile applications.
When they work with Cordova, the developers could access the latest updates from Apache’s team. The drawback of Cordova is that it leaves the design decisions to the developers. However, this problem could be solved if you are a designer too. With each different version, this platform gains access to several OS enhancements.

It combines the Javascript mobile application and gives a native mobile experience. It has low performance due to traffic. However, it offers the write-once-run-anywhere feature and saves time. It supports the Vue Javascript and AngularJS framework. All the plugins are installed using the package npm. It is easy to learn and could run anywhere.
If you want to use Nativescript, then you should know the command line. The coder who knows CSS and XML could use Nativescript easily. It provides support for native libraries, including Gradle and CocoaPods. Furthermore, the platform does not need to spend time looking for a new tool.

It is another open-source platform that is compatible with multiple platforms. Appcelerator allows the developer to build apps with less code. It enhances the development speed and gives full access to the mobile OS. Additionally, it has the Hyperloop feature and helps in getting apps to native apps present in Android and iOS.
It provides real-time performance and fixes the bug within the application. Appcelerator supports the development of mobile and desktop applications using different languages like Python, HTML, and Ruby.
It includes easy drag-and-drop features for the replacement of different objects. Some developers avoid using Appcelerator because it is open-source and has limited utilities. It enables code reuse, and 90% of codes could be reused across several platforms.

MobinCube is a popular app interface that allows the developers to build an app. It enables users to develop an app without knowing the programming language. It offers several tools that help in creating mobile stores, customize every detail, and more.
Furthermore, it helps in enhancing functionalities and updating online content. It is highly flexible and lets you add POIs on online maps.
It is easy to use and could create attractive apps for the end-users. Mobincube is great for businesses of all sizes. The apps built through Mobincube could be published on several platforms, including Blackberry App World, GooglePlay, and more.

It is considered as the best front-end UI framework. It is the hybrid cross-platform solution because it allows mobile application developers to continue to use the front-end framework.
It provides services for developing hybrid, desktop, progressive web apps based on the latest technologies using HTML5 and CSS. It has a library of CSS components and works with predefined components. Ionic Framework runs with a combination of web and native code and provides access to native functionality.

Several open-source mobile apps platforms are available in the market, but it is up to you to choose the one which meets your business requirements. Evaluate all the features and analyze its pros and cons and then make your final decision.
It is estimated that by 2020, the number of mobile users would cross 6 billion. This would automatically increase app downloads. If you are a beginner, then here are amazing mobile app ideas for a new startup.
When it comes to mobile application development, hiring the best mobile application developer is essential to lead in the industry. They should also know how to engage the customers through mobile applications to grow their business.
Also, when you are hiring an application developer, make sure that he/she does not make these mistakes while following the latest trends.
Our experts know how to use the latest trend to attract customers and maximize brand visibility. We understand the business better and are aware of the essentials to achieve your goals.