Apps are becoming an inevitable part of our lives, and they are more of a way of communicating. Whether it is to order food or calling a cab or even booking a hotel, we need assistance and, these mobile apps have made our business easier. Mobile app development is on the point of unfolding new horizons in the segment of exploration. People are devoting a large part of their time in browsing mobile applications.
An average man spends at around 2.3 hours per day, which is evident from the fact that there is a lot to come in this segment. As time changes, so do the trends, and they are adjusting accordingly.
According to a survey, it was found that 19% of commercial sales come from either a smartphone or tablet.
We can take note from the current scenario that the tech industry is evolving at a faster pace and has reshaped the way we are living our lives. It has given a new dimension with a new perception of facilitating everything, aimed at saving time and energy. Thousands of mobile applications are released every day, and it is proof that people are inclined towards what makes their life easier.
To understand the dynamics of mobile apps, we need to know the magnitude of the needs and the rising demand for multi-functionality. The market has observed an upsurge in the users of smartphones, and the usage of mobile applications has increased. Usage is the only reason behind every innovation, and this is how big revolutions take place.
According to the mobile application statistics of 2017, here is a bifurcation of the time that people spend on digital media: 57% – Mobile Apps, 34% –Desktop, and 9% – Mobile Web.
The above stats are evident enough to depict the growing demand in this segment as we are so engaged with our devices and tend to spend time on the applications on them. Here are some mobile app development trends that are going to trend in the time to come.

According to a statement given by the CEO of Google Sundar Pichai, the world is going to enter in the first phase of artificial intelligence from the first world of mobiles. He said,

Business users should be ready for the next-generation technology in the mobile app development phase. It will include advanced analytics, cognitive interfaces in complex systems, and machine learning.
According to Forbes,

The reason is the dependence of connected things such as appliances, cars, wearables, and smart devices on Artificial Intelligence. It is estimated that many of the connected things would be needing the assistance of artificial intelligence in forthcoming years probably by 2020.

Android instant apps have been in trend since 2016 when they were launched by Google. There could be many reasons behind their popularity of such instant apps such as user-friendliness and nativeness towards people. Moreover, they are not complex and do not need to be installed and downloaded following the complex procedures.
Instant apps are going to have a great hold on the massive market from 2018 onwards. They are appreciated as these don’t need much space and easily shareable over smartphone devices. Moreover, they fit into people’s demand and are accessible on all Android devices.
It supports the latest 5.0 to 8.0 versions. These apps have already been installed on more than 500 million devices, and as of October 2017, these are available on Android devices at around 40 countries.
Here are the general stats on some famous Android instant apps which help you draw a meaningful conclusion related to the popularity of apps.

Mobile wallets are another trending innovation in mobile app development, thanks to mobile banking and E-commerce because of which they rose to fame. Mobile payments exceeded $700 billion globally.
Looking at the surge in usage of smartphones, mobile payments have increased from the past few years. Moreover, mobile wallets have made the payments easier at one click and made them accessible. This has made mobile wallets an industry in itself.
Here are some of the popular mobile wallets like Apple Pay, Google Wallet, Alipay, Paytm, and PayPal. There are many more mobile payment services which people use due to user-friendly interfaces which these apps provide.

According to a report, the IoT industry is soon going to be the trend of the market with a whopping investment of $120 billion by 2020.
As we can see, a large number of devices and home appliances are already in control of IoT technology. Tech giants like Microsoft are planning to integrate cities through this technology. If it succeeds in this, then it would serve as a breakthrough in the tech industry.
Moreover, major tech brands are already offering a wide range of wearable apps such as Samsung, Xiaomi, Motorola, Apple, and many more. They are including fitness gadgets and smartwatches.
Popular IoT Integrated mobile apps:

Accelerated mobile pages such as HTML has built a massive user base in the market. They boost the page performance with the high-speed loading of the pages. AMP helps in creating websites with high-speed performance with a beautiful disposition to look at that can be used across various devices.
It also gives an option for isolated search on the web page. Moreover, AMP’s help in decreasing the bounce rate, increase visitors, and enhance the CTR of the page, leading to rising in the page rank.
The results make AMP’s a lucrative option for the business to enhance their online visibility. It is expected to cover a large share on the internet by 2018. There are some industry giants like Guardian who have adapted accelerated mobile pages to lower down their bouncer rates.

Chat Bots is another thing trending these days in the segment of mobile app development. Enterprises around 50% would be spending on chatbots, and it is expected to grow at around 93% by 2022.
It is estimated that about 30% of the interactions would be conversation-based, and it is seen that it saves 4 minutes on an average compared to traditional call centers.
Great examples of Native Chat Bot:
Moreover, tech giants such as Apple’s Siri, Amazon Alexa, and Google’s Duplex are some of the popular examples who are using chatbots for smoothening the process of communication between humans and technology.

Blockchains are a kind of cryptocurrencies. This technology is gaining a huge response in the present scenario that consists of shared ledgers which cannot be altered easily. Blockchains include Bitcoins, Ethereum, and other digital currencies. The technology is praised for its transparency and unbeatable clarity that reduces the chances of fraudulent practices and money laundering to a bare minimum.
Most of the government firms are planning to spend in blockchains, according to a study by IBM. Blockchains is a term not only for maintaining economic and financial transactions but for everything that is of value.
Looking at the transparency and ease, it offers we can expect this technology to become popular in the years to come.

They make for great storage apps, and the apps will directly fetch the data from the cloud, which eventually lessen the burden on internal memory in mobile phones. This gives the developers the scope of developing such apps that do not require to be built separately on mobile phones with iOS and Android.
It has a multitude of functionality, which can be developed easily on both the platforms, and it is surely going to trend in the future.

Personalization is another revolution that has rooted in the world of app development. Personalization in the apps can be counted as a big success factor behind popular businesses such as Netflix, Facebook, Airbnb, Uber, etc.
Personalization can be seen in many apps as time is witnessing a change because of the enormous potential of E-Commerce. Seeing the recent trends, it has been observed that personalization is the key to success, and many of the companies have adopted this strategy. Amazon and Alibaba also provide personalized shopping experiences to their customers.
With every passing day, this trend is being noticed, and it is surely going to create a buzz because of its advantages.

Mobile app development is touching different horizons of the development system. With every passing day, we see some latest discovery in this segment, and the process doesn’t stop here. It seems that there is a lot to come in the coming time. As we see, these trends are not going to end and will continue to be in the market in the forthcoming years.
The scope for mobile app development is broader, and as discussed above, there is a lot to come in this sector. Fingers crossed! Let’s see how this industry transforms.

10 Factors to Consider When Building a Healthcare Mobile App 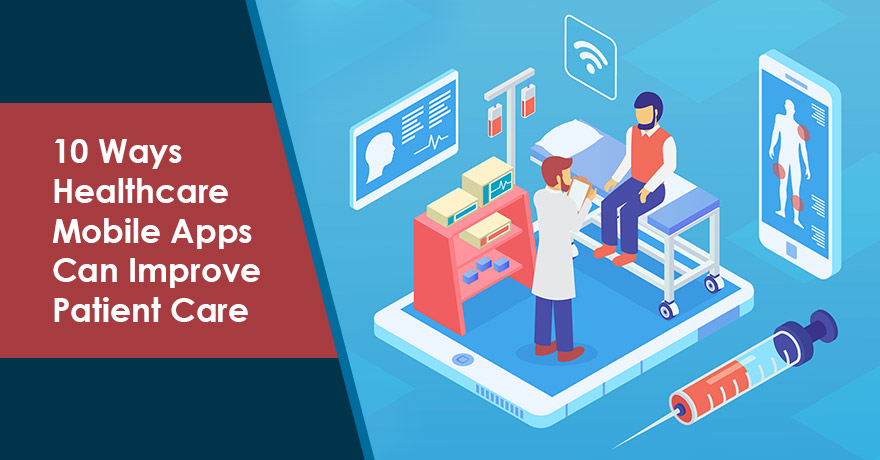