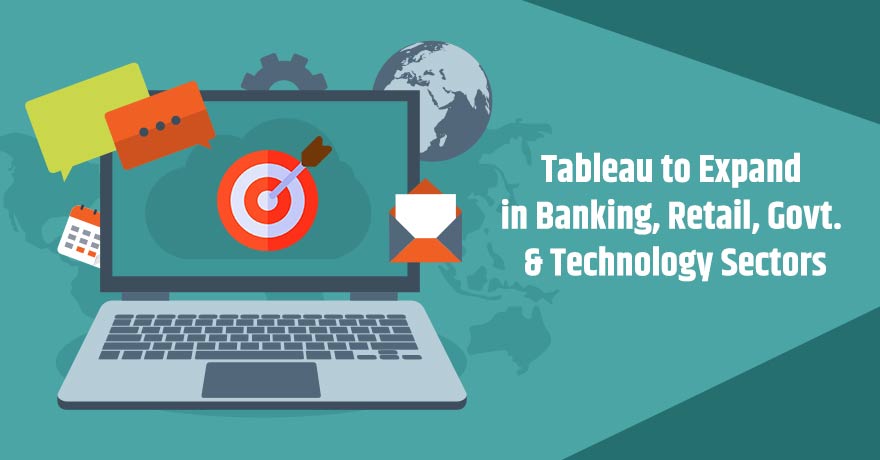 Tableau is the first word that comes to your mind whenever you talk about Data Visualization. Yes, it is one powerful and fastest-growing data visualization tool used in the Business Intelligence Industry.

And now, according to  Executive Vice President of Worldwide Field Sales, Dan Miller, Tableau is looking to scale following its acquisition by Salesforce for $15.3 billion. It is about to scale aggressively in its existing markets, including India, in several sectors like banking, retail, government, technology, among others.

Let’s learn about Tableau first to understand its expansions well.

As we have already mentioned, a powerful and fastest-growing data visualization tool used in the Business Intelligence Industry is what we call Tableau. Moreover, it helps in simplifying raw data into a very easily understandable format.

The benefit it offers is the Data analysis is very fast with Tableau, and the visualizations created are in the form of worksheets and dashboards. The data that is created using Tableau can be understood by the professional at any level in an organization. And, as its best feature, it even enables a non-technical user to create a customized dashboard.

The best feature Tableau is:

Another best feature this software holds is that it doesn't need any technical or any sort of programming skills to operate. And, the tool has garnered interest amongst the people from all sectors such as business, different industries, researchers, etc.

Tableau software can be used in several ways:

a. It can be used to translate queries into visualization.
b. For managing metadata
c. It helps to import data of all sizes & ranges.
d. Tableau is a lifesaver as it offers the facility to create a ‘no-code’ data queries for a non-technical user.

However, this data visualization tool is used for the Business Intelligence industry ever since it was introduced.

Moreover, as data can be analyzed very quickly with it, it is greatly used. Tableau enables all to create dashboards that not only offer actionable insights but also drive the business forward. Besides that, Tableau products always operate in virtualized environments when they are configured with the proper underlying operating system as well as hardware. Moreover,  to explore data with limitless visual analytics, Tableau can be used.

Moreover, the company is speculating on finding sectors where Salesforce and Tableau’s offerings don’t overlap.

“We took a look at where they are versus where we are (in India) and it's pretty similar around the world. There is some overlap, but there's a lot of areas where we don't overlap...We are speaking to people in different vertical markets - banking, government, retail, high tech.”

In the last three years, the company has followed a scaling strategy, which led to the Indian expansion with new strategies, he said. He mentioned that the focus would be on-

“Scaling - in the enterprise business, scaling our partner ecosystem, scaling internationally, a new license model, scaling our user types...In India, specifically, we don't publicly report what our revenue is, what the number of customers and partners we have. But I can tell you that it's growing. If you take just the number of employees we have, compared to Salesforce, it's about a five X - five fold difference.”

He stated that the automotive industry would, however, find it a bit more difficult to adapt better to harnessing data.

“There's only one industry...it's just it's going to be a challenge...is automotive, I think they have a long term transformation in front of them.”

He further talked about the acquisition by Salesforce. He said,

So, this was all about how Tableau is planning to expand in several sectors, including Banking, Retail, Govt. & Technology.

Check Out 8 Industries That Are Already Benefiting from Chatbots