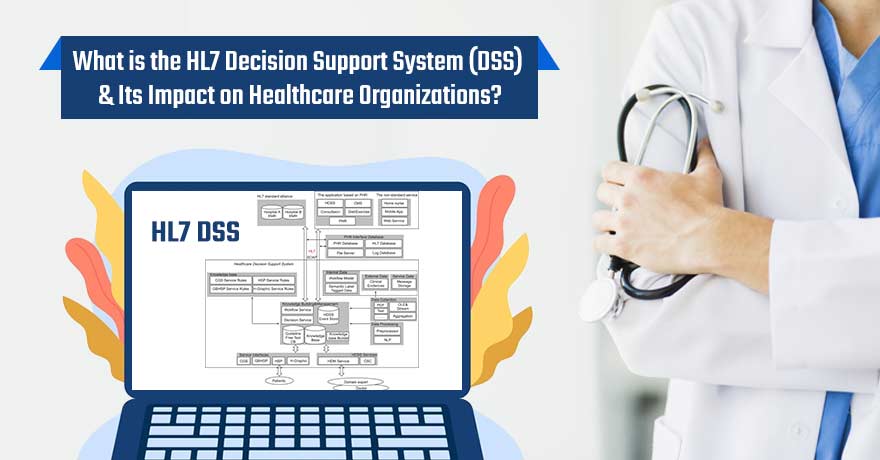 Today, the healthcare industry is gaining popularity for several reasons. Most of the healthcare organizations are using Artificial Intelligence, robotics, and other tools to support the industry in becoming flawless. The digital age is bringing convenience and making healthcare services better.
Several standard terms like ‘data standards’ that comprise protocols and specifications have been used for the retrieval of information linked with healthcare applications. For instance, HL7 messages are used to share messages about an administrative event. Let’s understand what HL7 is for a better understanding.

What Do You Understand by HL7?

It is a standard for sharing medical information and defines a format for the interchange of health-related information. The messages sent via HL7 could contain anything like billing information, patient records, and more. It has several benchmarks and definitions for creating electronic health records (EHRs).
The HL7 is a non-profit organization and was founded in 1987. It was accredited by the American National Standards Institute in 1994 and developed a new standard via a multi-year balloting system.

An Overview of HL7 DSS

A Decision Support System (DSS) is an information system that is used to make decisions in an organization. It also compiles the information that can be used to solve problems and to make a better decision. It uses theory to analyze and to quantify flexibility through the use of DSS to a class of decision-making scenarios. The components of DSS can be categorized as user knowledge, decisions, inputs, and user interface.
A DSS takes-in patient data and provides back patient-specific assessments and recommendations. It facilitates the implementation of CDSS capabilities in a scalable manner. Clinical Decision Support System helps healthcare professionals to make decisions associated with patients.
It provides staff, clinicians, and patients with different services to enhance healthcare. Furthermore, it notices the changes required for a patient. The CDSS  aims to provide accurate information about healthcare professionals and patients.

Like other systems, DSS systems require a structured approach. Its framework consists of four phases, including Intelligence, Choice, Design, and Implementation. In the Intelligence phase, it searches for the conditions that call for a decision.
Next, in the design phase, it develops and analyzes the alternative actions of solutions. In the choice phase, it selects a course of action. In the last section, i.e., in implementation, it adopts the selected course of action in a decision situation.
The DSS technology level includes the application that would be used by the user. It is a major part of the application and allows the decision-maker to make decisions in an area.
Furthermore, it contains a hardware/system environment and allows people to develop particular DSS applications. DSS generators include function libraries, special languages, and linking modules.

DSS is majorly used in business and management but is also used in the healthcare industry. Different business software also allows it to make decisions faster and to better allocate business resources.
It is used in forest management where the dimensions of problems demand specific requirements. Right from the log transportation to harvest scheduling, everything is addressed and managed by DSS.

The Significance of Clinical Decision Support System in Healthcare Industry

Earlier, healthcare professionals used to make decisions depending on their experiences. Today, they do not know which patient’s data is available and do not have time to search for them in the records. CDSS is helping them by making the records available within the time. With CDSS, the doctors have accurate information about the patient and thus gives them the best treatment according to their illness.
The HL7 DSS is a specification that provides an API for service-oriented CDS. It provides a clinical information system to utilize clinical decision support functionality external to the CIS. DSS applications are used in several fields, including business management, medical diagnosis, and more.
Furthermore, organizations that use CDSS have got a better response from the end-users. CDSS reduces errors, improves efficiency, and share information at your fingertips. There are four stages in the evolution of CDSS. The first one is standalone and does not support integration, the second version supports collaboration with other systems, following that, the third version is standard-based, and the last one is service-model based.

The decision support Service was initiated in 2005. It became a part of the HL7-OMG Healthcare Services Specification Project. In 2006, it was adopted as an HL7 DSTU as an OMG normative standard in 2010 and became a normative standard in 2011.
The DSS standards highlight the set of behaviors that anyone would expect from a decision support engine to perform. This allows the data collected in EHRs and clinical information systems to provide value for patients, healthcare providers, and more.
It is among the first healthcare standards that are particularly designed to support a service-oriented architecture and establishes a basis for collaboration with the Object Management Group (OMG). One important point to note is that the DSS standard offers a service interface specification and not the specification of service implementation.

DSS can help enhance the performance of any healthcare organization. It facilitates interpersonal communication and increases the compatibility of the futuristic decision-making of the organizations.
At Covetus, we have a team of experts who know the ins-and-outs of healthcare IT services. They have expertise in a range of medical standards like FHIR, DICOM, ICD-9, and more.