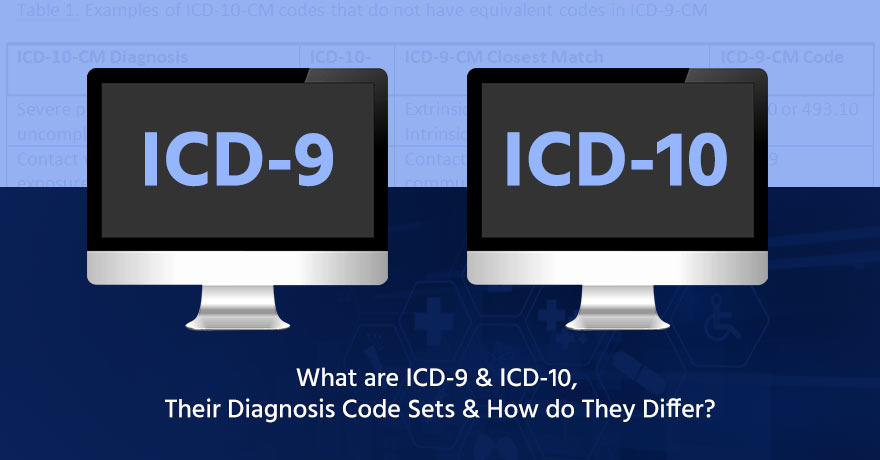 When it comes to healthcare solutions, several services are offered by the health industry. Also, several terms are associated with it and have unique characteristics. For instance, ICD-9-CM is the International Classification of Diseases, ninth revision, and clinical modification is based on the World Health Organization’s Ninth Revision, International Classification of Diseases (ICD-9). It assigns codes to diagnoses and procedures related to hospital utilization in the United States.
ICD-9 consists of a list containing a numerical list of the disease code numbers in a tabular form. Furthermore, it consists of a classification system for diagnostic, surgical, and therapeutic procedures. It includes an alphabetical index to the disease entries. It provides a format for reporting causes of death on the death certificate. The conditions are then converted into medical codes through the classification and structure modification rules that are embedded in the ICD, published by WHO.
Similarly, ICD-10 is the 10th revision of the International Statistical Classification of Diseases and Related Health Problems (ICD). It is a medical classification list by the WHO. It includes codes, abnormal findings, social circumstances, and other injuries and diseases. It was in 1983 when the work on ICD-10 began and then endorsed by the Forty-Third World Health Assembly in 1990. It was first used by members in 1994. It will be replaced by ICD-11 in 2021.
As of 2020, there have been ten revisions of ICD. ICD-1 covered 1900 to 1909, ICD-2 covered 1910 to 1920, and so on. ICD-10 is from 1999 to the present. ICD periodically incorporates changes in the medical field. The WHO manages and publishes the base version of ICD. The members modified it to suit their needs.

The International Statistical Classification of Diseases and Related Health Problems provides alpha-numeric codes to classify several diseases and a variety of complaints, social circumstances, and external causes of disease. Every health condition is assigned to a different category and is given a code that is six characters long.
The ICD-9-CM system is used in different avenues of healthcare to report diagnosis. The current ICD-9-CM have over 13000 codes. And the ICD-10-CM is expanding to over 68000 codes and can be further expanded. The ICD-9-CM has up to three to five characters. The ICD-10-CM has alphanumeric three to seven characters.

The ICD-10 sets have changes in the structure that makes it different from ICD-9. Issues that occurred in ICD-9 are addressed in ICD-10. ICD-19 has a lack of specificity of the information in the codes.
For instance, if a person has visited for the treatment of a burn on one arm (left), then this code couldn’t distinguish that burn is on which arm (left arm). If the same patient comes for another burn on the right arm, the same code would be displayed. Whereas, in the ICD-10, the code can identify where the burn is and other clinical information.
Another problem with ICD-9 is that some chapters allow you to add new codes. New codes make it difficult to identify and recognize all available codes. On the other hand, the character length of ICD-10 is increased and has different codes for future use.

1. The codes in ICD-9 has three to five characters in length. The codes in ICD-10 has three-seven characters in length.
2. The first digit in ICD-9 can be alpha (E or V) or numeric (2-5). The first digit in ICD-10 is alpha, digit two, and three are numeric. Digits 4-7 are alpha or numeric.
3. ICD-9 has limited spaces to add new codes whereas, ICD-10 has flexible space for new codes.
4. In ICD-9, some codes require 4th and 5th digits. In ICD-10, full code titles, no 4th and 5th digits. Addition of 6th character in some chapters. Addition of code extensions via 7th character for injuries and external causes of injury.
5. In ICD-9, Etiology/manifestations coded are separately written. In ICD-10, Etiology/manifestation codes are combined.
6. ICD-9 codes lack detail and laterality. And ICD-10 is extremely specific and has laterality. The alpha characters in the ICD-10 are not case sensitive. Here’s an example of ICD-9 and ICD-10 codes.

It has a minimum of three digits, maximum of five digits; decimal after 1st three digits:
For example: X X X . X X

In ICD-10-CM, character X is used as a dummy placeholder character. It can be used as a 5th character for six characters codes or when a code has less than six characters. Example 1: T37.0x1A Poisoning by sulfonamides. Example 2: S01.02xA Laceration of the scalp with Foreign Body scalp, initial encounter.
The guidelines for the use of the ICD-CM-10 have been approved by the parties for ICD-10-CM: the American Hospital Association, Centres for Medicare & Medicaid Services. A few common guidelines are:
1. ICD-10-CM diagnosis codes are adopted under HIPAA for all healthcare settings.
2. Using appropriate codes to know the symptoms, complaints, and reasons for the encounter visit.
3. Signs and symptoms associated with the disease should not be coded unless the classification instructs otherwise. There may be multiple codes to describe a single condition. In the combination codes, the single code is used to identify two diagnoses or a diagnosis with an associated complication.

It is estimated that 27 countries use ICD-10 and resource allocation in their health system. The unchanged international version of ICD-10 is used in over 117 countries. The national version may differ from the base classification in the level of detail or the addition of procedure codes.
In Australia, it was introduced in 1998. The ICD-10 Australian Modification was developed by the National Centre for classification in Health at the University of Sydney. It is maintained by the Australian Consortium for Classification Development.
In China, the ICD-10 was adopted in 2002. In Germany, ICD-10 German Modification is based on ICD-10 AM. The ICD-10 - TM (Thai Modification) is a Thai language version. It is based on the 2016 ICD-10.
In the United Kingdom, the ICD-10 was first mandated for use in the UK in 1995. It was in 2010 when the UK Government made an update to the UK version of ICD-10 every three years.

We, at Covetus, have a team of technology experts who have experiences in working on different healthcare standards like DICOM, FHIR, HL7, and more. We have an engineering team that has hands-on experience of the latest technologies and knows how to help grow your business.

Features, Benefits & Limitations of EHR and PHR in Healthcare-Based Services