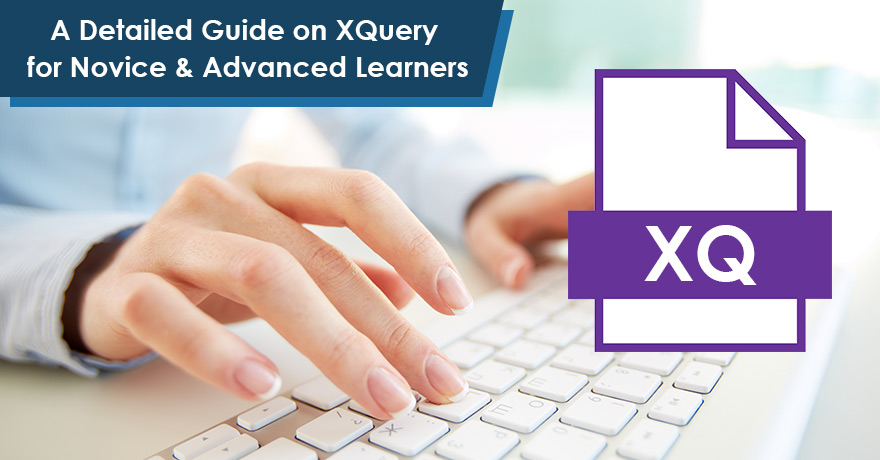 A specification for a query language which enables a user or programmer to extract information from an Extensible Markup Language (XML) file or any collection of data that can be XML-like is XQuery. Its syntax is intended to be easy to use as well as understand. However, there is much more to know about XQuery.
So, let’s move further towards the detailed study of XQuery. Though, before learning XQuery, we must have the basic knowledge of XML. Therefore, let’s begin with the introduction to XML in brief.

XML is short for Extensible Markup Language. It is nothing but a text-based markup language derived from Standard Generalized Markup Language (SGML).
Moreover, instead of only specifying how to display it like HTML tags, XML tags identify the data and are also used to store and organize the data, which are used to display the data. XML introduces new possibilities by adopting many successful features of HTML still it's not going to replace HTML in the future.
Now, we can learn about XQuery. So let’s begin with the introductory guide to XQuery.

"XQuery is a standardized language for combining documents, databases, Web pages and almost anything else. It is very widely implemented. It is powerful and easy to learn. XQuery is replacing proprietary middleware languages and Web Application development languages. XQuery is replacing complex Java or C++ programs with a few lines of code. XQuery is simpler to work with and easier to maintain than many other alternatives."

There are various types of nodes in XQuery, such as attribute, element, text, namespace, processing-instruction, document (root) nodes, and comment. Additionally, XML documents are treated as trees of nodes. And, the root of the tree is known as a document node.
Nodes with no children or parent and an instance of one of the built-in atomic data types defined by XML Schema are Atomic Values.
And, atomic values or nodes that are XQuery specific data types are called Items.

What is XQuery Used for?

Originally, XQuery was devised as a query language for data stored in XML form. That shows its key role is to get information out of XML databases which include relational databases that store XML data or present an XML view of the data they hold.
Also, we can use XQuery for manipulating free-standing XML documents. For instance, toward transforming messages passing between applications. Especially, here, XQuery competes directly with XSLT, and choosing a language is largely a matter of personal preference.
Although we can say, some people are also using it for rendering XML into HTML for presentation. And this shows its huge popularity as well. However, this is not the job XQuery was designed for, but people tend to find new ways of using it.

What Does XQuery Do?

As we know, XQuery is a functional language which we use for finding and extracting elements and attributes from XML documents. And, apart from that, it has several examples of use such as:

XQuery is About Querying XML

For finding and extracting elements and attributes from XML documents, XQuery language is derived.

Here, we are listing some basic syntax rules:

There are the same functions and operators and the same data model in both XQuery 1.0 and XPath 2.0. Knowing XPath already when learning XQuery is very beneficial.

XSL stylesheets and XQuery are quite similar. Both can transform an XML input into another format. And, when we define the transformation scenario, we need to specify the input URL. It is possible to save and open results in the associated application. We can even run an FO processor on the output of an XQuery.
Between many XQuery files, the transformation scenarios may be shared, and are also exported together with the XSLT scenarios.
Further, they can be managed in the Configure Transformation Scenario dialog box or the Scenarios view. The transformation can be executed on the XML document defined in the XML URL field, or the documents referenced from the query expression if this field is empty.
XQuery parameter transforms must be set in the Parameters dialog box. Additionally, the parameters which are in a namespace must be defined using the qualified name.

The pronunciation for FLWOR is "flower." Here F stands for "For,” L for “Let,” W for “Where,” O for “Order by,” R for “Return." It is defined as:
For - It selects a sequence of nodes.
Let - This binds a sequence to a variable.
Where - It filters the nodes.
Order by - This sorts the nodes.
Return - Finally, what to return gets evaluated once for every node.

XQuery
A functional programming & query language which we use to query a group of XML data is what we call XQuery.
XPath
An XML path language which we use to select nodes from an XML document using queries is what we call XPath.
XQuery
To extract and manipulate data from either XML documents or relational databases and MS Office documents which support an XML data source, we use it.
XPath
To compute values like numbers, strings, and boolean types from other XML documents, we use it.
XQuery
In the form of a tree model with seven nodes, namely processing instructions, elements, document nodes, attributes, namespaces, text nodes, and comments, XQuery is represented.
XPath
And, as the tree structure navigates it by selecting different nodes, XPath is represented.
XQuery
It supports XPath as well as extended relational models.
XPath
It is a component of the query language.
XQuery
To create syntax for new XML documents, XQuery helps.
XPath
To define a common syntax and behavior model for XPointer and XSLT, XPath was created.

Some Advantages of XQuery

Hence, we have seen that XQuery acts like an expression language because it specifies the exact flow of data and operations to achieve the desired result.
And we have seen that it is a specification for a query language which enables a user or programmer to extract information from an Extensible Markup Language (XML) file and also any data collection that can be XML-like. Even its syntax is intended to be easy to use as well as understand.
So, this is all about XQuery introduction. Hope it helps! 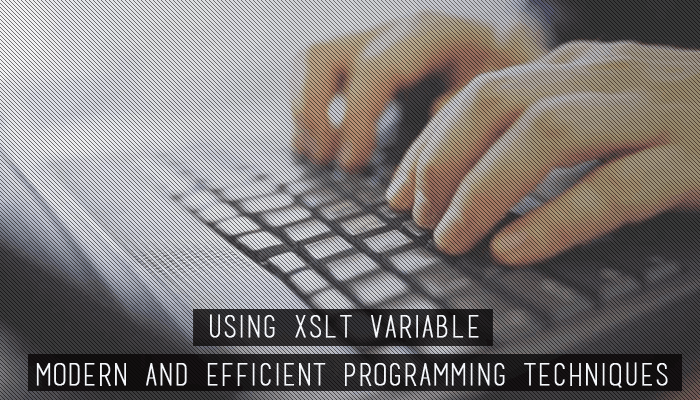 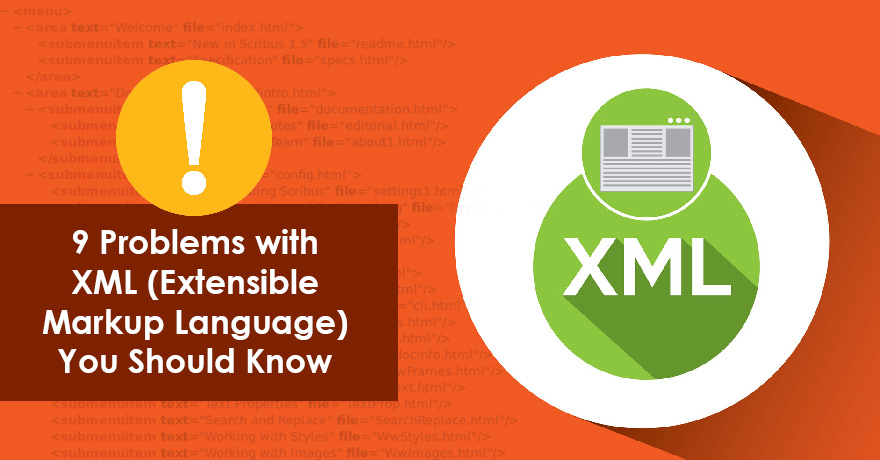 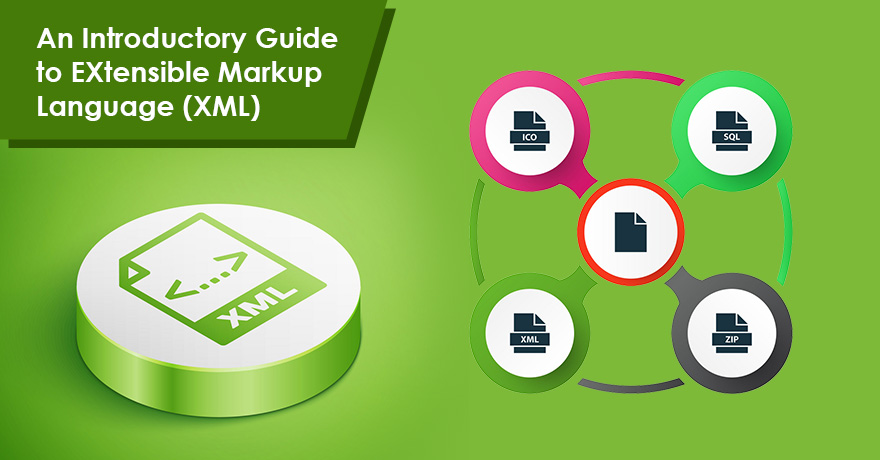 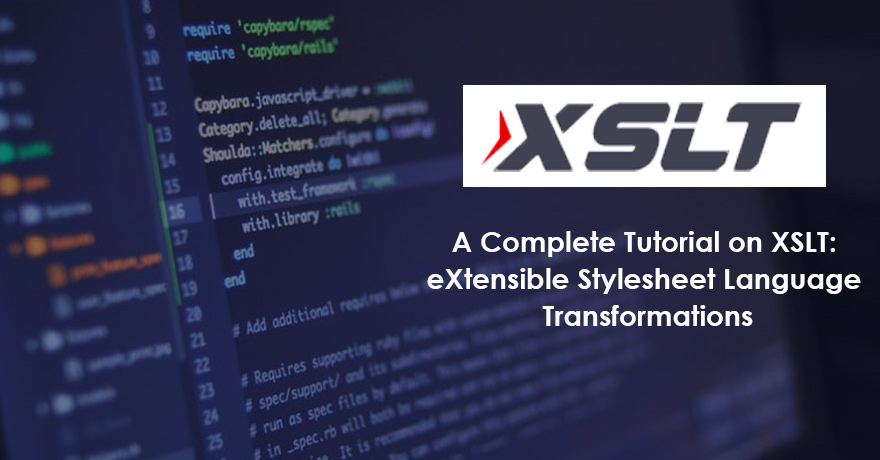