This year 2019, there is much talk of the impending switch to the mobile-first index. It is not something new as, since November 2016, it has been on the radar. However, it is this year when the mobile-first indexing is intended to roll out on all websites.
Yes, Google has now started testing its mobile-first index. This new standard of Google, the Mobile-first Index, will first of all look at the mobile version of your website for its ranking signals, and if there is no mobile version, then it will fall back on the desktop version eventually.
Initially, about a year ago, Google hinted at its plans of a Mobile-first Index. But it was on November 4, 2016, when Google posted details about the Mobile-first Index on the official blog for the first time. And, now for quite a while, Google has been slowly moving toward the Mobile-first Index.
So, if you have still not joined the mobile revolution, then this is the right time to take action. Gone are the days when users used to conduct their searches on desktops. This is the era of mobile, and mobile continues to dominate the search engines. And, even Google and the other search engines are going to place more and more emphasis on mobile.
Here, we will discuss the steps you can take to optimize your site for Google’s Mobile-first Index. But before that, it is very important to understand what Mobile-first Index is?
So let’s begin with its introduction for better understanding.

What is Google’s Mobile-First Index?

Here is just a quick overview for those who may not have been keeping up to date.
As the name suggests, the Mobile-first Index is nothing but Google’s new move to determine rankings, i.e., based on the indexing of your mobile site. There was a time when all the rankings were based on your site desktop version, even your mobile rankings.
But this new standard the Mobile-first Index will take your mobile site first (whether it is a responsive site or an m.domain.com). And, you can easily see an increase in Smartphone Googlebot crawls to your site (an early indicator that the Mobile-first Index has been rolled out on your site).
However, make sure that it is not a mobile ‘only’ index as we already mentioned. Google will, by default, keep crawling your desktop site to rank your pages if you do not have a mobile-friendly website. Still, be warned, as the focus is on delivering a better user experience to mobile users. The lack of a mobile-friendly site would work against you when it comes to the ability of your site to rank.
There won’t be a huge shift for a lot of sites because the content on desktop and mobile is typically the same for anyone who has a responsive site. To provide a better UX, you may choose to show less content to users who visit on mobile, if you have an m.domain.com site.
But make sure that if the content you choose not to show has strong SEO benefits on desktop, then take a close look at this, and look to bridge that content gap while still offering an awesome UX.

What Does Google Say about the Mobile-First Index?

“Mobile-first indexing will be enabled by default for all new, previously unknown to Google Search, websites starting July 1, 2019. It’s fantastic to see that new websites are now generally showing users – and search engines – the same content on both mobile and desktop devices.”

“For older websites, we’ll continue monitoring and evaluating pages for their readiness for mobile-first indexing, and will notify them through Search Console once they’re seen as being ready.”

Also, there won’t be any notifications from Google. Unlike old websites that get notifications when they are moved over, Google won’t send notifications to new websites because that will be the default state.
Google stated,

“Since the default state for new websites will be mobile-first indexing, there’s no need to send a notification.”

Another advice Google offers is that it will typically notify you when your site has moved to mobile-first indexing within Google Search Console. So, all you need to do is check your messages in the Google Search Console.
Apart from that, as another signal that your site has moved over, Google will label your site as last crawled by the Googlebot smartphone user agent in the URL inspection tool.
So, with this change, you should pay attention to your structured data and alt-text for images on mobile pages, according to Google.

What to Do About Mobile-First Indexing?

There are scenarios like if you have an m.domain.com site or if your responsive site does not deliver the same content on a mobile device, then you surely have some work to do.
You can surely go for below-mentioned steps (to optimize your site for Google’s Mobile-first Index) to improve the UX on mobile particularly, if your responsive site is the same on mobile and desktop, and ensure that your content has the best possible chance of ranking in Google’s Mobile-first Index.

What Should You Do if Your Site is New?

Those who are about to launch a new website might find some issues with indexing, and ranking in Google, especially if your site doesn’t work well on mobile (on testing). So, make sure to test your site and build it in a mobile-first manner.

Ways to Optimize Your Site for Google’s Mobile-First Index

So, here are the important five steps you can take to optimize your site for Google’s mobile-first index.

Developer Programs' Tech Lead Maile Ohye states that generally users expect websites to load fast, and so does Google. Therefore, Google suggests that make sure that your site loads fast as it is essential to rank on mobile. And, these are the few things you can consider when optimizing your page speed:
a. Optimize images
There is a slight chance that large images slow down the site. Therefore, optimizing images in the correct size is a great quick win.
b. Minify code
As we know, there is no chance to minimize the code size, but there are cases when removing all unnecessary characters from source code without changing its functionality is somehow possible.
c. Leverage browser caching
When a user visits a web page, browser caching stores web page resource files on a local computer.
d. Reduce redirects
Huge quantity of redirects can cause the site to have to reload and hurt the experience.

Gone are the days of mobile design when blocking such elements like CSS, JavaScript, or Images was helpful as they often caused more issues and made the site drag. Well, this is no longer true today.
Yes, as in many cases, smartphones are more powerful than the computers owned by users. They can handle nearly anything we throw at them. Besides that, the smartphone GoogleBot can also handle them and wants to be able to see and categorize the same content that users do. Hence, keep in mind that you don’t hide them.

In the early days of SEO, it was more about technical skills, but now it has transitioned from being a technical skill to an art. Yes, an SEO professional of today has to know and understand more than just code and ranking signals. Nowadays, the most important thing to learn is how to use design to influence rankings.
It could be said that mobile design is an art form in itself. As per the ongoing trends, responsive design is the best way to go, but no matter your process. So, here we are with some tips to optimize mobile site design for search.
a. Never Use Flash
As we all know, Apple killed Flash for mobile. And as many mobile users can’t view Flash elements on their phones, you also need to remove them. So, it’s better to use HTML 5 or Java to add your extra cool elements.
b. Get Rid of Pop-ups
No doubt that lead generation is important. Still, if your mobile site is overloaded with pop-ups, you’re going to frustrate your users, and as a result, they will leave. It will guarantee decreased rankings and increased bounce rate. Hence, try to dump your pop-ups, especially on mobile.
c. Design for “The Finger”
Another thing you need to keep an eye on is “finger-friendly” feature. Since your mobile users have to navigate with their finger, it is a must that your site allows it. Also, keep in mind that accidental taps are annoying, so you also have to make sure that they can scroll and tap with ease.

You have less room to work with when it comes to mobile SERPS (search engine results pages). Therefore, it is important to think upon your titles and descriptions, ensuring that they are concise and to the point.
It will help the GoogleBot understand your page faster as well as give the user a better understanding of who you are. So, it will lead to a higher click-through rate as well as improved rankings.

Earlier in September 2016, Google released a massive update to the local search algorithm in "Possum," which showed that for businesses looking to drive foot traffic into their store's mobile, the search is very crucial. Besides, this report of Google’s research into local search behavior shows that local searchers are ready to take action.
These reports also showed,

“50 percent of consumers who conducted a local search on their smartphone visited a store within a day, and 34 percent who searched on a computer/tablet did the same.”

So, we have seen that the mobile-first index is almost here. And, by tackling the issues above (or making sure you’re already on top of them), you can reach in a much stronger position when Google chooses to “flip the switch.”
However, it is recommended for you to speak to any of SEO agencies and development team and also choose them for making such changes.
Don’t Wait Till the Last Date to Switch to Mobile-first Indexing. Now is the Right Time!

7 Reasons That Prove Why SharePoint is Beneficial for Healthcare Sector 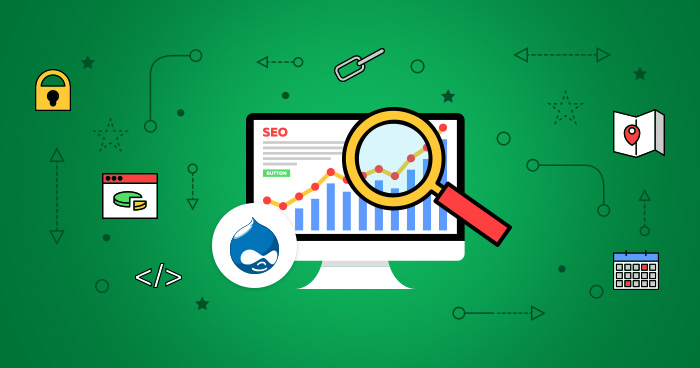 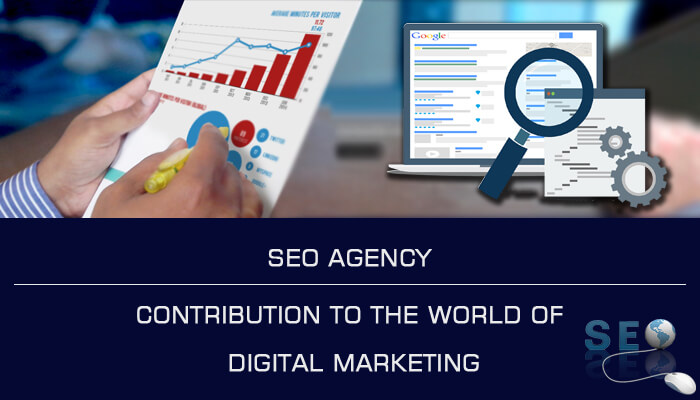 SEO Agency: Contribution to The World of... 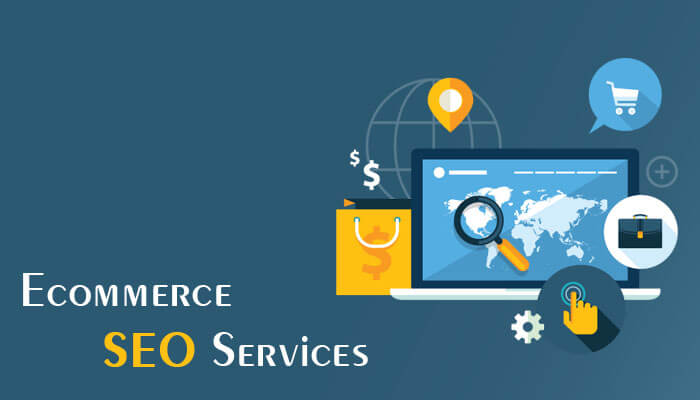 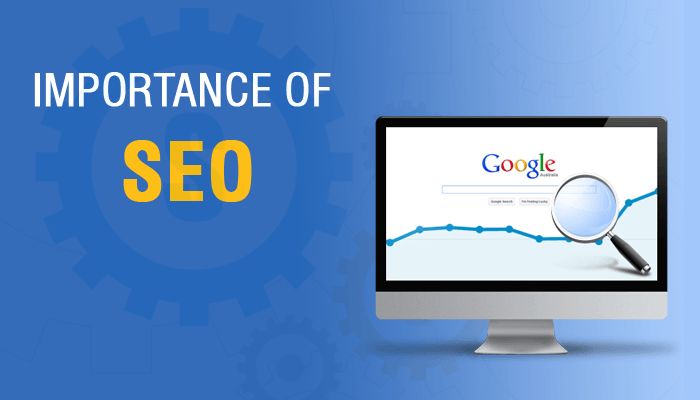 Understanding the Importance of SEO for...