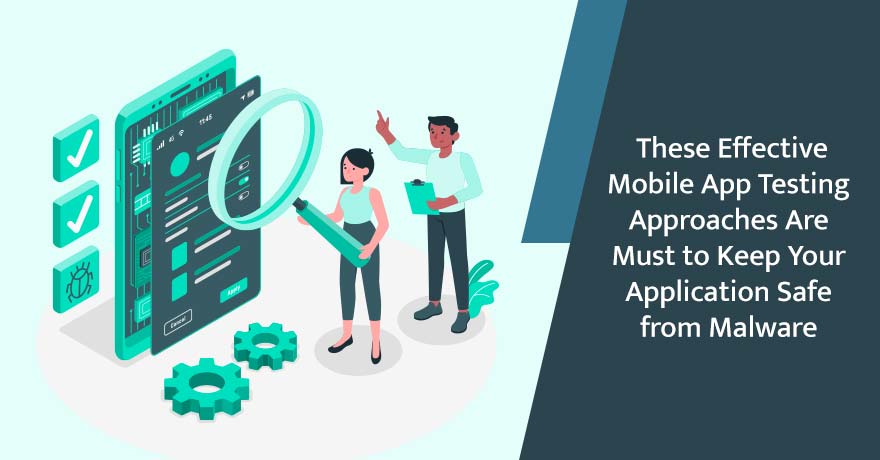 In this era, when over 80% of people are using smartphones for their daily activities, it becomes necessary for them to keep their mobile up-to-date and safe from the malware. It seems that the use of smartphones has become an essential part of everyone’s life.
Smartphones are one of the fastest-growing devices today. They could be used by anyone and everywhere, but they are helping business professionals the most. Be it a startup or a leading organization: within a single app, you could organize a task, update social media, integrate with business software, and could do anything on your fingertips. For general end users, smartphones are all about features and sometimes budget, but for a business, it is more than that. It is a single-handed source of income and allows smooth communication.
If you own a smartphone, then you must have installed several apps on it. You might not be a fitness tracker or a gamer, but chances are you use built-in-software like calculator, phonebook, and others frequently. There are no major reasons to not use them. These applications work smoothly and give instant feedback.
Delivering a seamless experience is a priority of any organization. Today, every organization, be it a small or a large, is designing a mobile app to reach more customers. But to deliver a mobile app that is user friendly plus secure has become a difficult task for the developers. The more complex the app would be, the more challenging it would be for testing. Also, if you are familiar with app or software testing processes, then you would know how challenging it is to find a bug in an application.
Surprisingly, with the innovation in technologies, several tools have been developed to test software and applications. Several open-source mobile app platforms are available in the market to choose for your business. Also, some platforms do not require deep knowledge of coding and investment to build a mobile app.
Over the years, several IT technologies have been impressing users with their features and advanced tools. However, hackers are taking a keen interest in mobile applications and are gaining access to the backend so that they could hack the user’s confidential data. Therefore, it has become necessary to test mobile apps frequently and to keep them updated.
So, if you are an expert or a beginner and are building a mobile application, then make sure that you consider these factors to make the app secure. Here are other mobile app testing approaches that every business should implement to keep their mobile app secure.

Unit testing is done at the developer's side, but QA engineers do unit testing as well. It refers to the testing of the codes, modules, or class. The purpose of unit testing is to validate individual units together and to make them functional as designed.
The cost of fixing any error during unit testing is lower in comparison to that if detected at higher levels. Furthermore, if the test fails, then only the error is to be debugged. You don’t have to change the entire code. Unit testing finds errors at the early stage of the development cycle. It helps the developers to correct the errors instantly at the moment.

Every app developer, after he/she completed the test, should manage and correct defects. They should prioritize the task so that they can note which task is important. Chances are you might come with lesser priority defects like misspelling and more.
It is where they have to rank the task and solve the errors. Low priority errors are those that do not make a major impact on business. Higher priority errors include functionalities that could block the app.

3. Check What OS Your App would Support

Note that not all users use the same operating system. While some find using Android OS easier, others use iOS for its incredible features. Check the platform at which your application would run well and engage more users.
Decide your audience and go with it. Find which OS your targeted audience is using and then try different versions on it. If you couldn’t find which OS and device you should go for, then take the help of experts to know the needs of the users.

4. Have a Documented UAT Strategy

UAT refers to User Acceptance Strategy. It is also known as beta testing and is the process that involves internal resources in a structured format. The resources are tested before making them live.
Once every member, including managers, developers, QA team, and designers, complete their task, the team should set up a meeting with the internal users to check the app.
Most of the people find this meeting a formality, but this is not the case. You could witness several minor issues that were not noticed during the execution.

You never know when there could be a technical issue, so create an app in a way that it could recover from failures like hardware or software errors. Verify the mobile app after the crashing scenario.
Check if it is working properly or not after a power and transaction failure. If you are specifically targeting a particular audience, then verify the language, correct translation, and other local parameters.

Security testing keeps data secure and maintains functionality as intended. It ensures that the application and website are secure and free from malware and other intruders. Security testing aims to find the loopholes of the app, which might result in the loss of confidential information. The goal of security testing should be to check the possible vulnerabilities of the app and to detect the security risk in the system.
Several types of security testing are done before making the application live. For instance, penetration testing includes the analysis of a system to examine the hackers that attempt to hack the system. Posture Assessment, on the other hand, is a combination of ethical hacking, security scanning, and risk assessment and provides the overall security of an application.
Whether you are building a hybrid mobile application or progressive app, make sure that these apps are secure and deliver the best user experience.

Regression testing is a type of testing that confirms that changes made in the particular section do not affect existing features. It is partial testing that aims to find the bugs which might have accidentally been introduced in the app. Regression testing could be done on small projects, but it is time-consuming and complicated in comparison to automated testing.
It is done when there is a performance issue or code has to be modified according to the requirements. Make sure that you prioritize the task depending on the business requirements. Select the test cases which have defects; find the functionalities which are visible and are more useful.

8. Speed Up Your QA Process and Use Real-Time Devices During Testing

Automated testing aims to test features without the need for a QA engineer. Automated testing creates different test cases that could identify issues automatically. Also, this testing is more effective and less time consuming than manual testing. Developers could save a lot of their efforts by doing automated integration.
Also, developers should use real-time devices for testing purposes. They should use gestures, force touches, and other actions to test the app. There is no replacement for device testing with real-time devices.

It is a kind of black-box testing that is performed to confirm that the app is functioning the same way it was expected. As it is black-box testing, the knowledge of the internal workings of software is not mandatory.
So, anyone could perform functional testing without knowing programming languages. It identifies the functions the software is expected to perform and determine the output based on specification.

As the name implies, this kind of testing checks how the mobile app is performing in different situations. It checks the battery and memory consumption, network, and server performance. This testing checks the app under real-life based conditions.

If you are a newbie in the field and looking for mobile app ideas, then it is recommended to analyze the competitors and to determine the target audience first.
Also, make sure that the app developers that you hire do not commit these mistakes while developing an app. The presence of mobile apps has made everything possible. But it should be remembered that anything you develop, a website or an app, should be secure and updated.
We, at Covetus, have a team of mobile app developers who know how to develop mobile applications that could deliver the best user experience and also meet their expectations. Be it an Android, iOS, or Windows application, we use the latest tools and deliver the best in the industry.

How is IoMT Making a Positive Impact on the Healthcare Industry?